Why does exercise cause me pain? 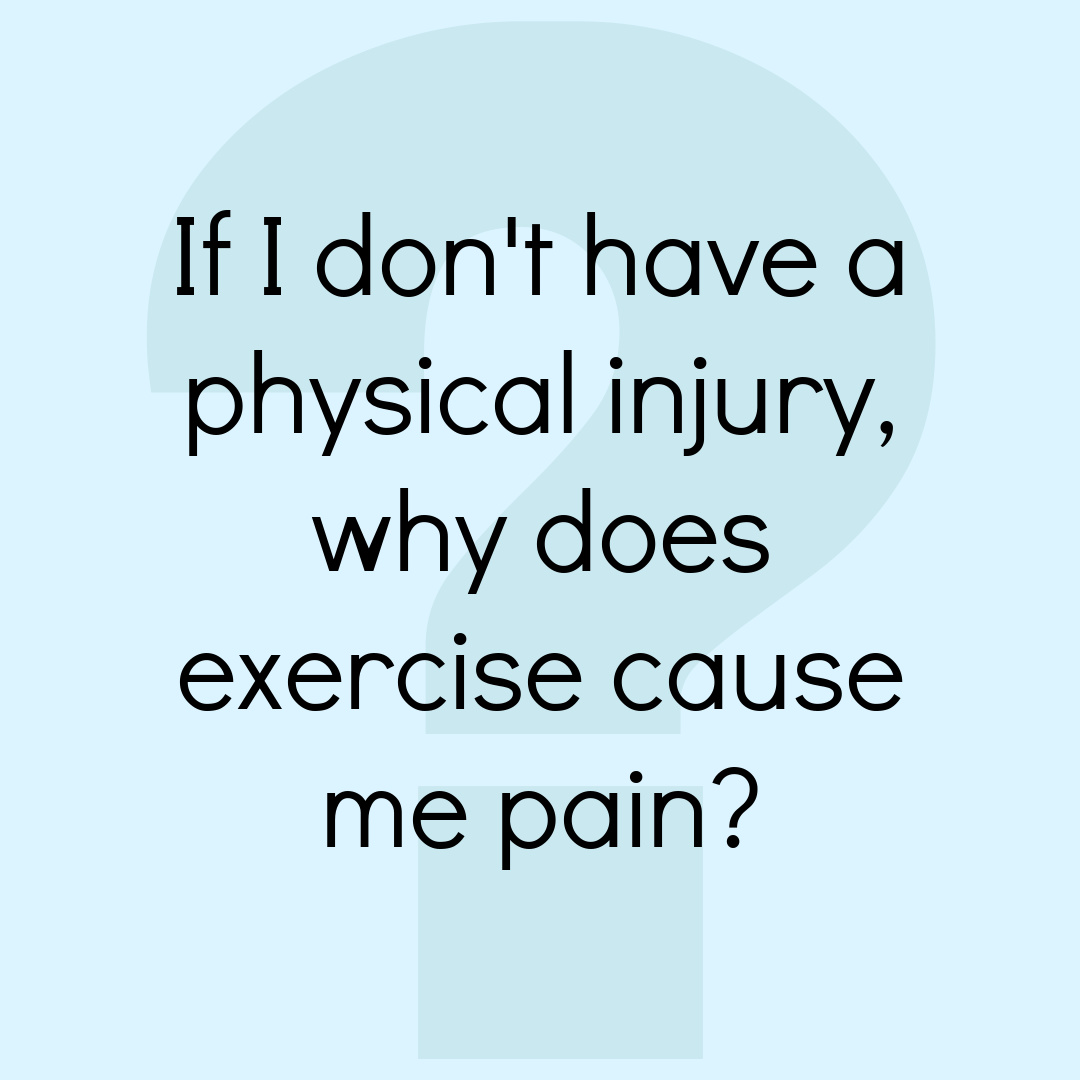 Why does exercise cause me pain if I don’t have a physical injury?⁠

Because it’s a conditioned response, or because it’s triggering some unconscious emotional response or conflict⁠. Or it could be a combination of the two.
⁠
In both cases your nervous system perceives exercise as dangerous, and you need to teach it that exercise is safe.⁠
⁠

Pain as a conditioned response

A conditioned response means your expectation of pain is activating the pain fear cycle. Fear that exercise will cause pain makes your brain create the pain (because pain is a danger signal from the brain).⁠

You deal with this by gradually increasing the amount of exercise you do. At the same time use lots of self soothing, self talk, affirmations of safety etc. Tell your unconscious brain you’re fine and it will turn down the danger signal.⁠
⁠

Pain as an expression of unconscious conflict or emotions

If exercise is creating unconscious emotions or conflict, you need to try and bring this into conscious awareness.

Try journalling about your feelings around exercise. What is your internal chatter like on the subject?

Are/were you very competitive – either around other people or just with yourself?
Did you beat yourself up for not running far/fast enough in the past?
Have you ever used exercise to control your weight or try and change your appearance?
Is there any unconscious resistance, shame, or fear of failure that might be driving symptoms during or after exercise?

Once you work out what’s going on, you can address the emotions that might be causing the symptoms.⁠ You can also try and change your mindset and change your internal chatter into something more positive.

Check out my resources for chronic pain